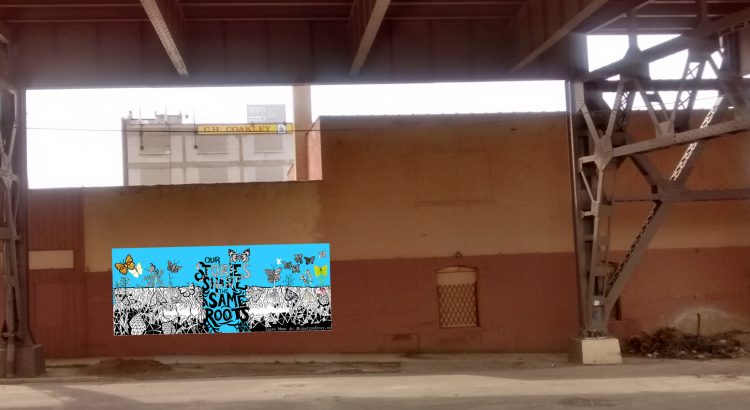 Once the students finished researching and drawing a variety of native crops and migratory species of butterflies that live in Wisconsin, we (Gabi and Jenie) got together to collage them together into a final composition.

Here is the final mock-up of our mural. Now we were ready to get supplies and start painting.

The following video shares an exercise we did with our students at Escuela Verde.

In one of our workshops, we learned about fractals, and how this mathematical set can explain all the diversity that we see.

What is a fractal?

A fractal is a repeated, geometrical shape. It is itself repeated, and this repetition results in the complex patterns and systems that we see. We can see examples of fractals all throughout nature, and in our own, human-designed systems.

Final imagery for the mural

After all our discussions of the role immigration plays in our markets, economics, and cultural development, we decided on two “images” to represent our ideas:

We combined our imagery via the shared patterns of root structures, butterfly wings, and their underlying tessellations. 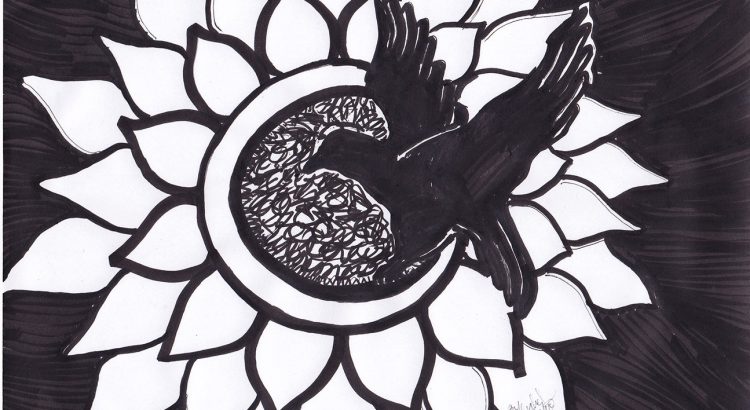 Our top question: How do you create an image to match your image with your message?

Our goal for our students and curriculum:

The “practical” side: Image Composition

1 workshop focused on Image Composition. We studied examples of different techniques artists used to weight or draw the viewers’ focus through the piece. We created our own compositions from still life objects. Each student received two objects to use as reference and had to try and come up with a composition that conveyed an “opposite” sense of what the object was. How do you draw a feather to look heavy? A small bauble to look large? A stable, symmetrical container to look off balance?

Here are some of the results.

The “creative” side: Image to Concept

We did a number of different exercises and games to flex our creative skills, including:

We ultimately chose to incorporate different migratory butterflies and crops that are grown in Wisconsin into our final imagery. 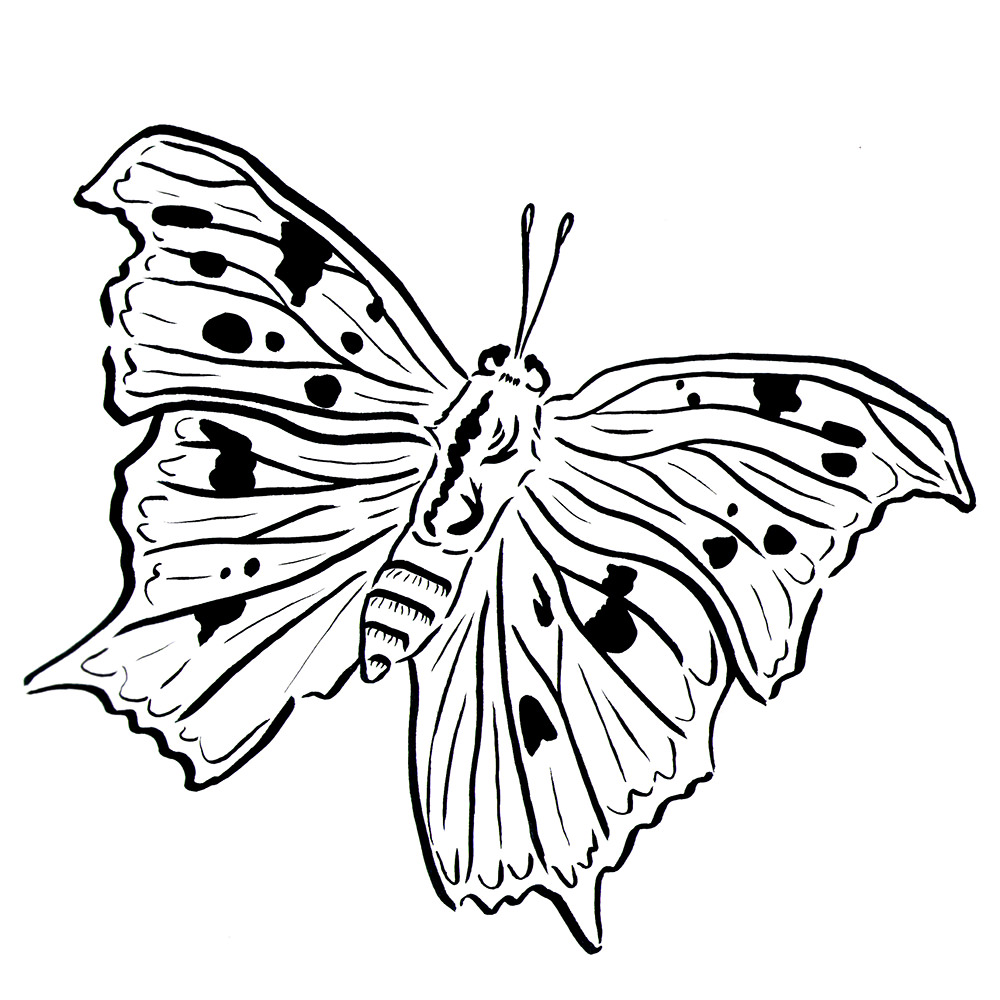 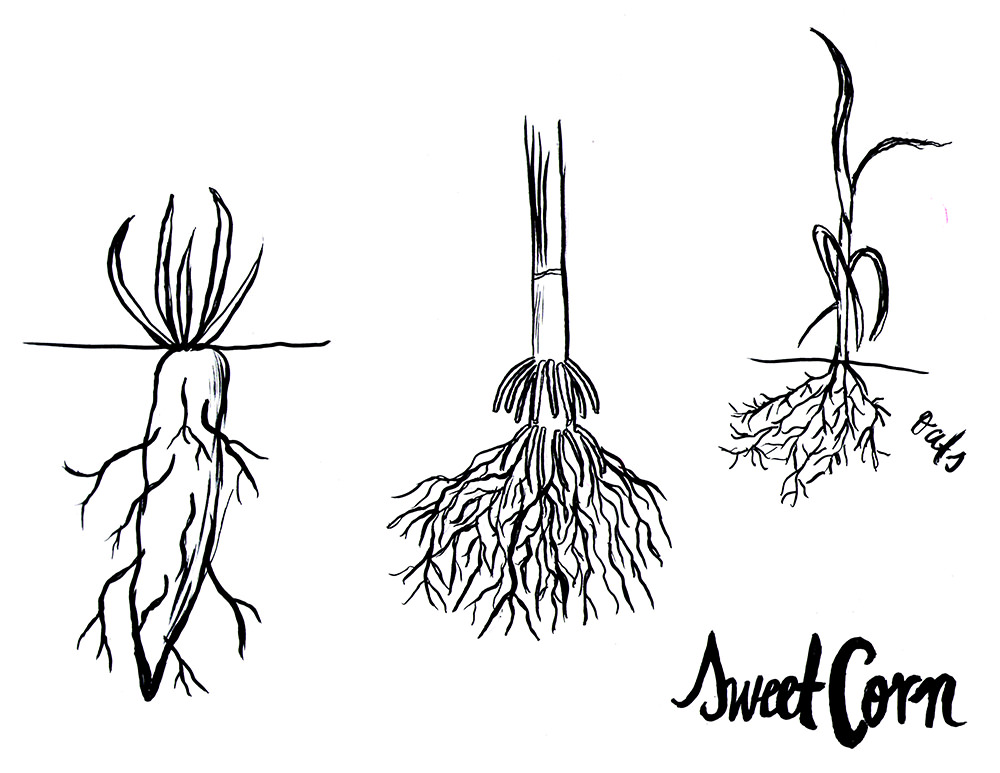 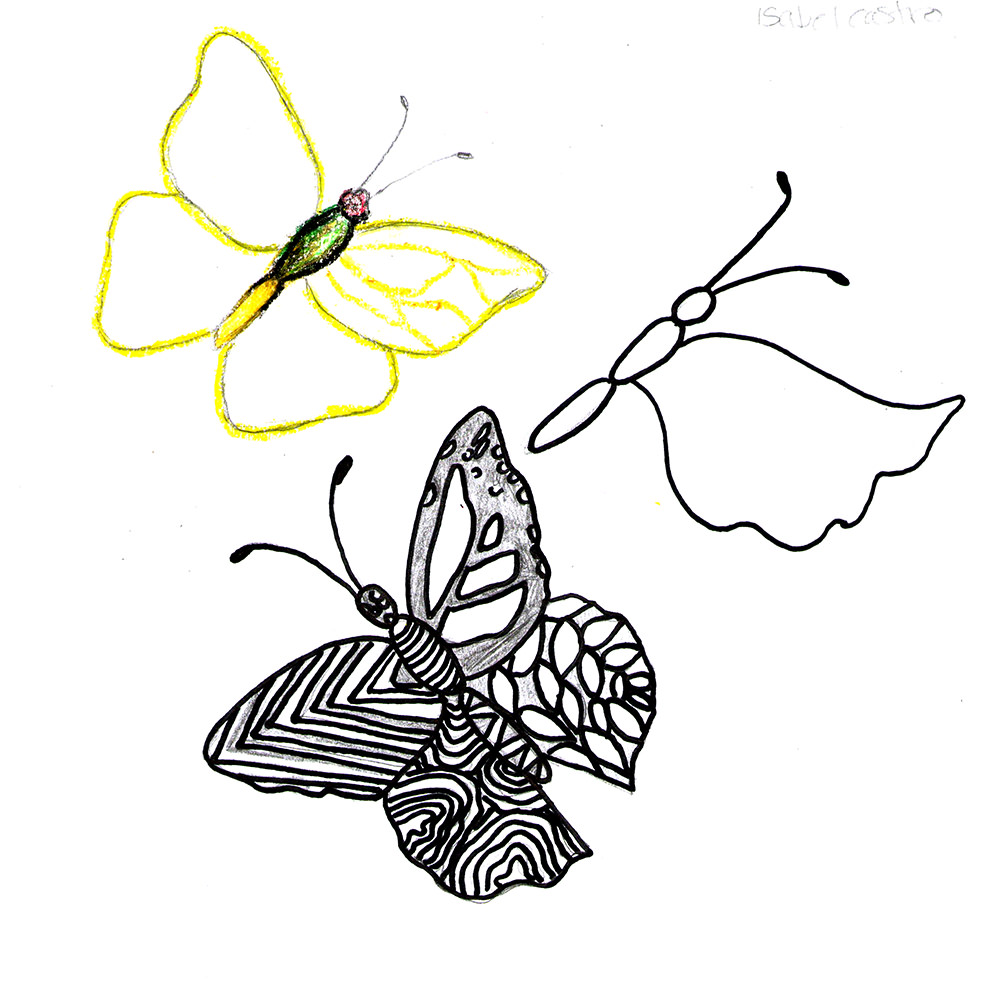 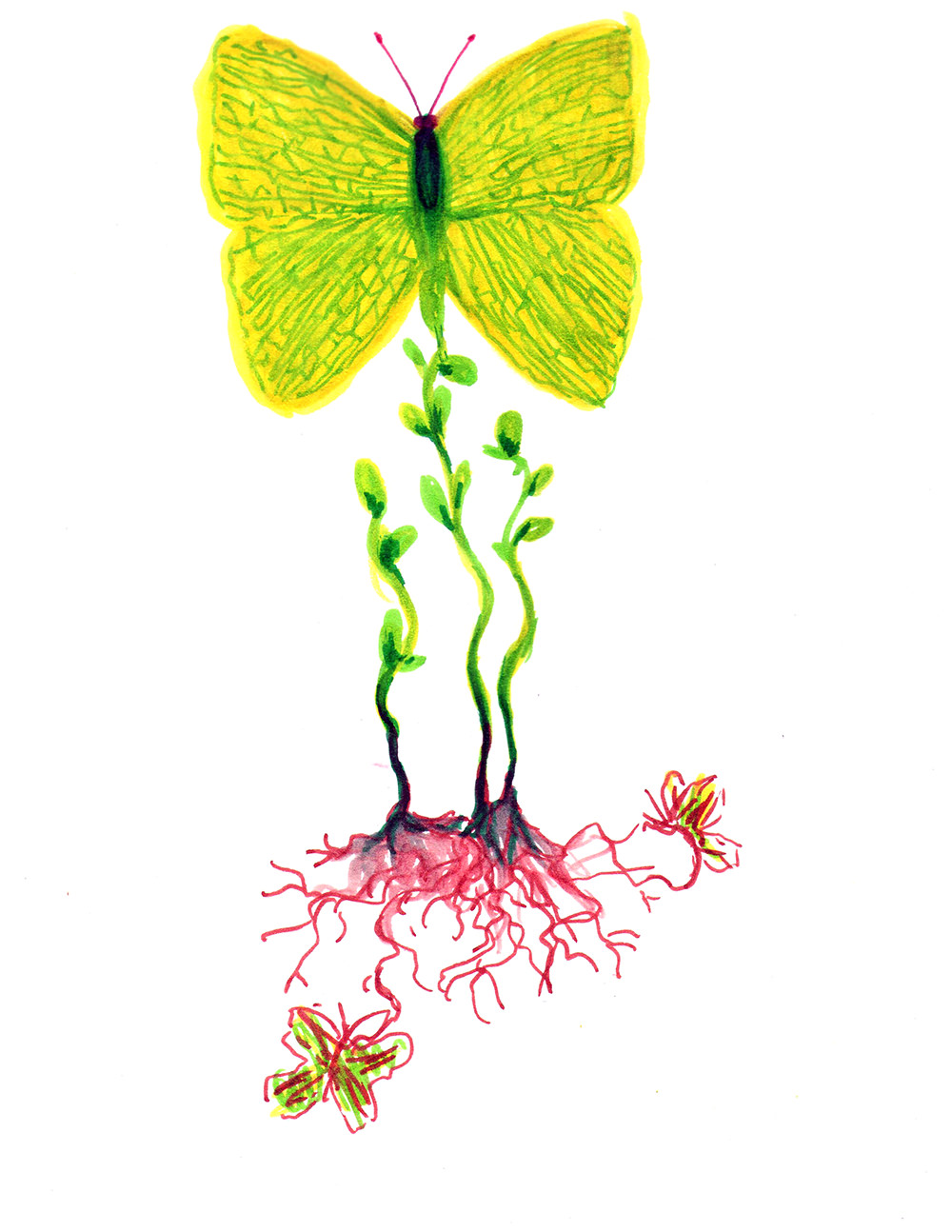 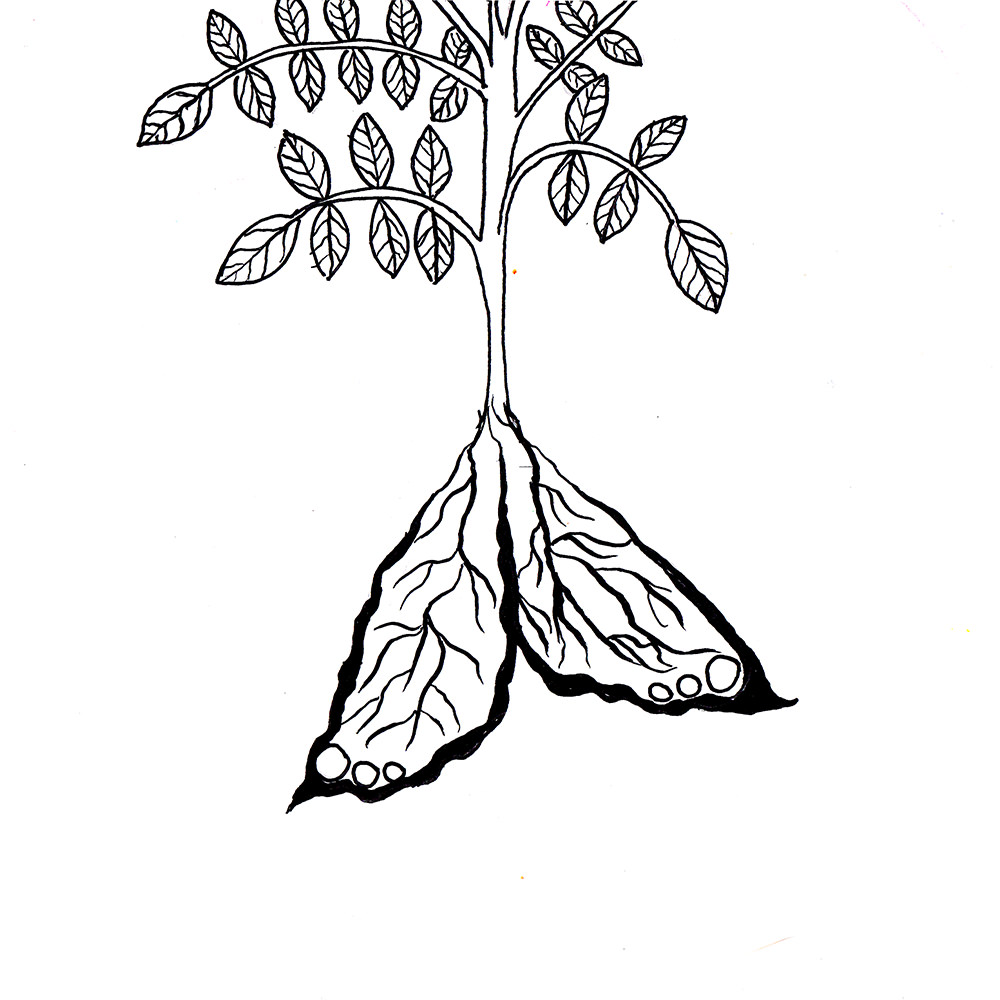 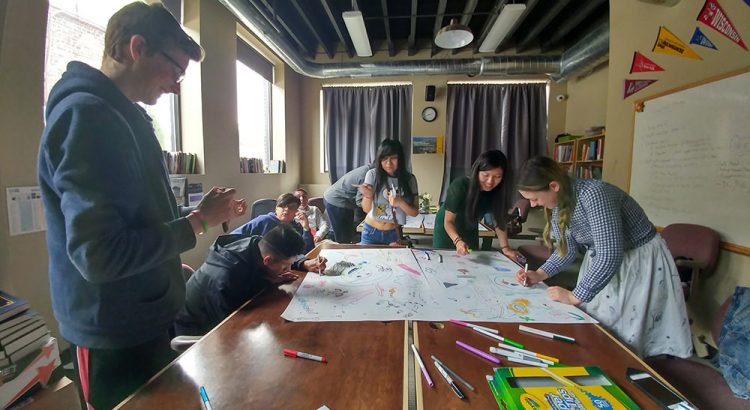 Talking about our concepts is one thing. But how do you translate words into image? Where do you even begin?

We spent a day exercising our creative chops and spontaneity. We started with the improv game, “Yes, and…” Good improvisation depends on trust, and the purpose of the game is to foster collaboration. The rule is that whatever your partner throws down as a prompt, you follow with, “Yes, and…” to continue building the scene. If you disagree with your partner and kill their prompt, you effectively end the scene and the story.

Translating that same idea into image, we played the drawing game, Doodle Wars. Everyone draws on the same large sheets of paper, and every minute, a timer goes off and you have to move to another spot and create a new drawing in response to what somebody else has already put down. The goal is to be quick, keep moving, and keep expanding upon the scenes that already exist. 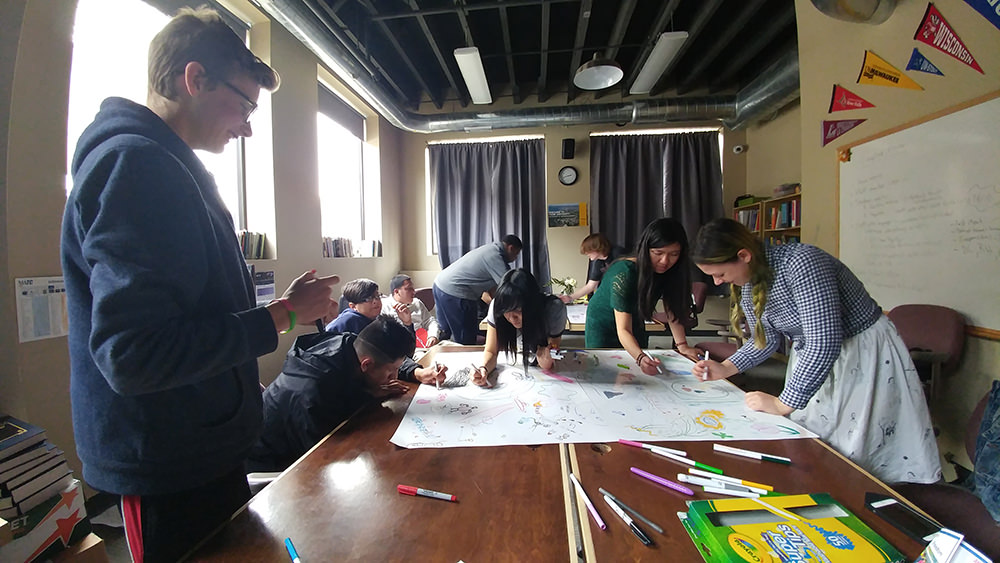 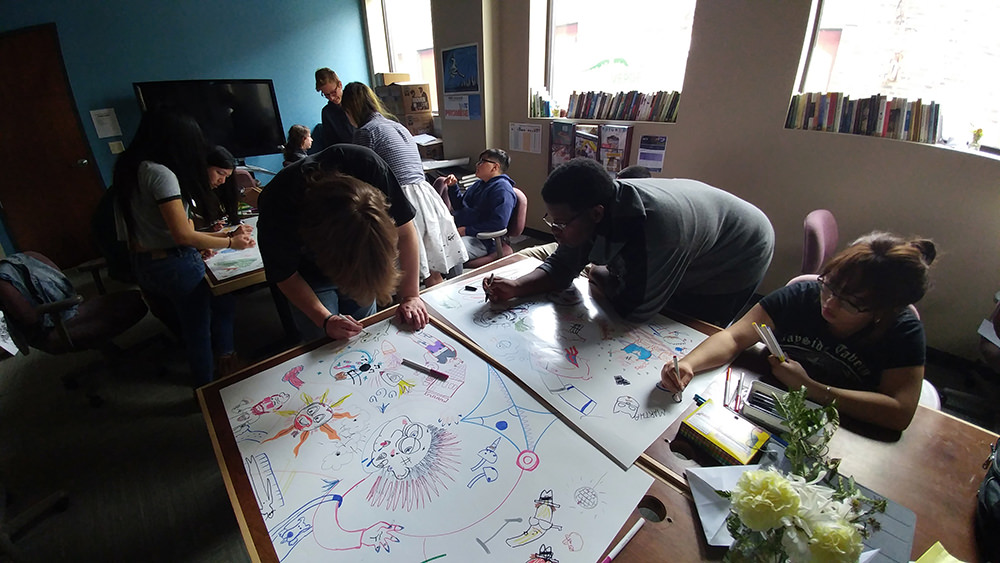 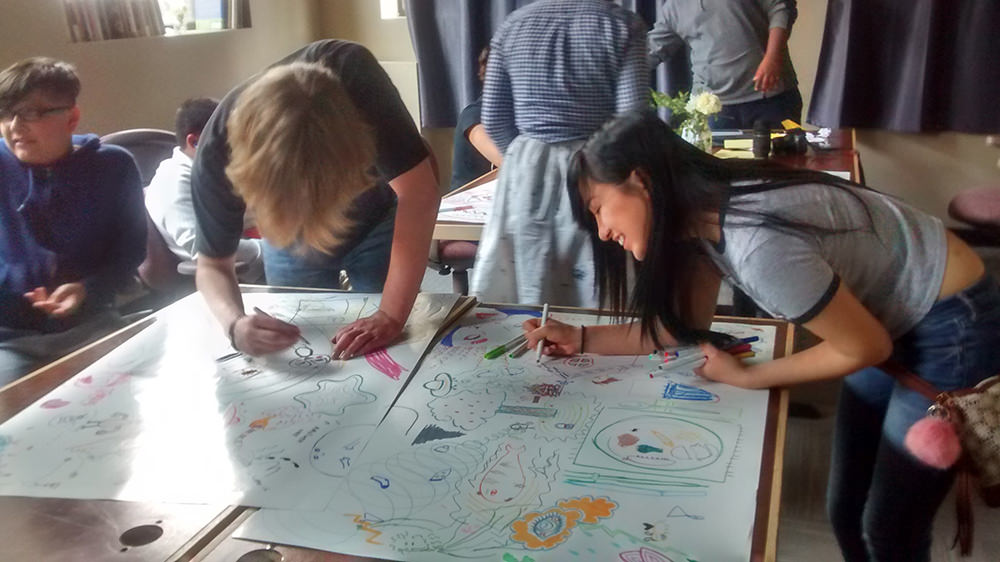 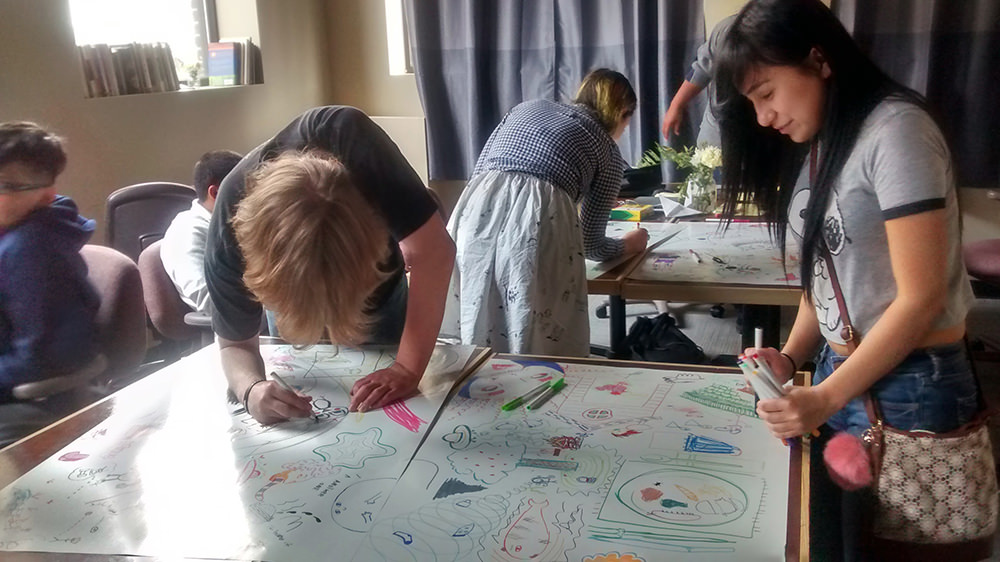 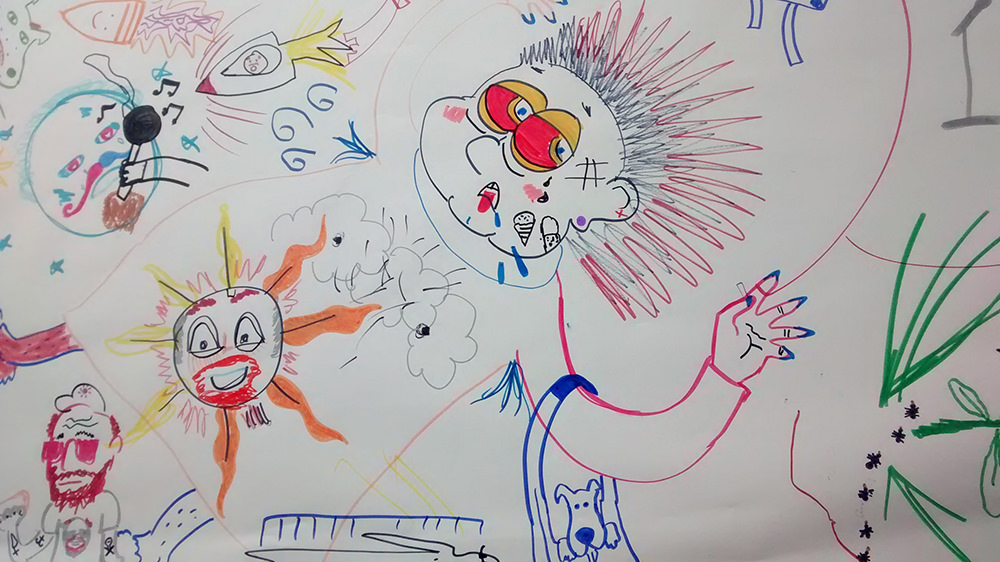 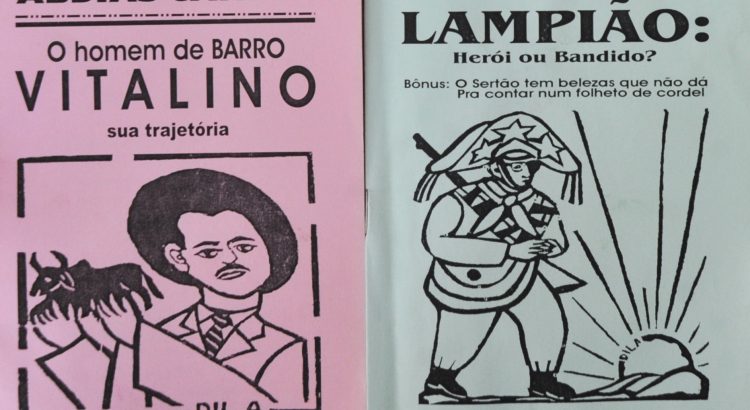 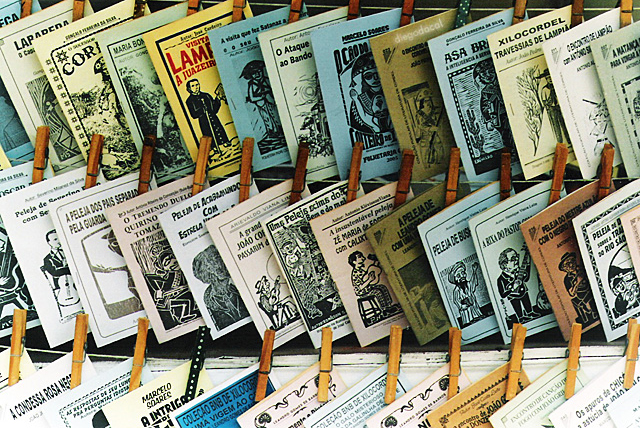 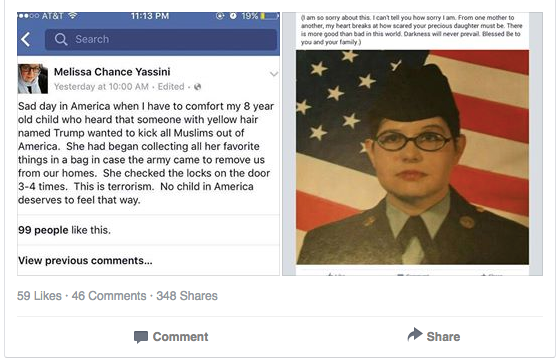 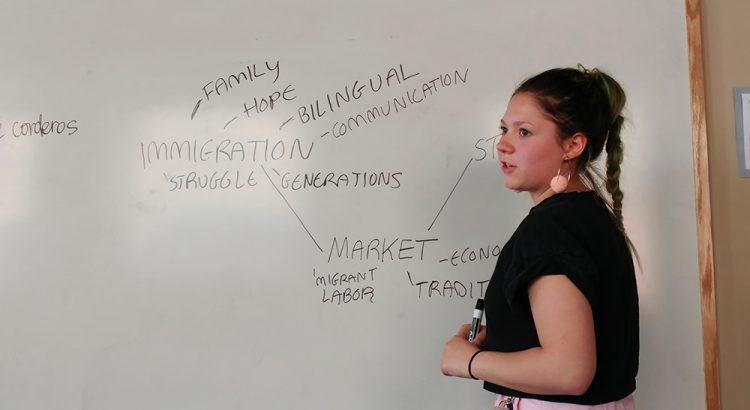 Escuela Verde designs its courses around project-based and student-led learning.

Immigration is a salient–and sensitive–topic in our current political and social climate. It’s something that impacts many of us directly, as first- and second-generation immigrant families, as the members of families that include both documented and undocumented relatives. And while many people in the U.S. have been here for generations, the vast majority are the descendants of immigrants who also migrated in search of opportunities and a better life.

Together as staff and students, we set some expectations upfront to guide our conversations and concepts.

What we did not want:

What we did want:

Understanding the Role of Immigration

Immigration isn’t new, and it has always been necessary in the development and progress of human societies, culturally and economically. It isn’t unique to humans, either. It has always been a means for growth, development, and the renewal of the resources we depend on.

So if we know this, how can we write our policies to facilitate the benefits of immigration, rather than hinder our progress, or worse, divide us and further drive our inequities?

To better understand this subject matter, we spent some time talking about the different effects of immigration, and the positives and negatives that come with those effects.

Storytelling as a Way of Finding Common Ground

For one of our workshops, we asked students to bring in immigrant stories. They could be stories from their own families or from their neighbors.

Here are two drawings that show some of the common themes that emerged from our story sharing.